This is the story of a city, a city that is now in ruins: Madinat al Zahra.

The year is 947 AD, a time when southern Spain is under the rule of the Moors.

The ruler, Caliph al Rahman III is rich, powerful and cultured.  His lands are, at long last, at peace, and the capital, Córdoba, is considered to be not only the most beautiful city in the civilised world but also the seat of learning and culture.

Against this background we meet the artisan Qasim – he and his family have moved to Madinat al Zahra to make their fortune as potters.

Qasim is a good husband and father.  He works hard, says his prayers and keeps out of trouble.  But Qasim has a secret; his past is not what it seems.  When a stranger arrives asking questions about him, he is worried that his secret will be discovered and everything he has worked for will be destroyed.

Meanwhile, his son falls in love with one of the Caliph’s concubines with disastrous consequences for himself and his family.

Qasim has to take action for all their sakes.

Available in paperback from most on-line bookstores and as an ebook from:

As he stood up a sharp pain shot through his knee and up his thigh. He grasped the ebony stick that he always carried with him these days and used it to propel himself forward. A wave of longing for his old home leapt to his breast. It had been years since he had visited Madinat al-Zahra yet there was never a day when he didn’t dream of its beautiful palaces and its fragrant gardens; when he closed his eyes he could still hear the sound of the fountains that fed the tranquil lakes and smell the orange blossom that used to grow outside his house. But he knew he could never return; the pain would be too great. The city lay only a couple of Arab miles to the west of Córdoba and yet it might as well have been in distant Arabia. Yes, there were many tales he could tell Musa about his days in Madinat al-Zahra.

“Exotic, romantic, and rich with historical detail, The Shining City is a timeless story of love, family, and the unexpected consequences of our actions. Author Joan Fallon provides richly imagined portraits of ordinary people caught up in extraordinary circumstances during the short-lived rise of the opulent palace-city of Madinat al-Zahra.” Karen McCann, author of “Dancing in the Fountains”
“For many years I have something of a fondness for books set in Moorish Spain and it was a pleasure to find myself so totally immersed in this distant past, brought to life in everything from scents to sounds and sights.
Other than the excellently depicted setting, Ms Fallon gives us a story of forbidden love and its consequences, and a sad story it is, with innocent bystanders paying the price for rash behaviour and youthful lusts…The end result is a book that is easy to read but hard to put down.”

“What an evocative and emotional read Book One of the Al-Andalus Series is. The Shining City is one of those rare gems, where the writing is exquisite, the story is captivating, and the protagonists are memorable.”

other books in The al-Andalus trilogy 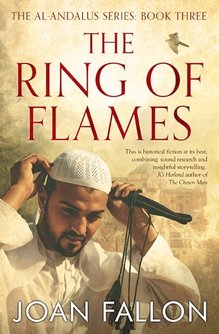 It is 1008 AD, in Córdoba, the capital of the caliphate of Al-Andalus.  When our story opens, al-Mansur has been dead for six years and al-Hisham II, the caliph and 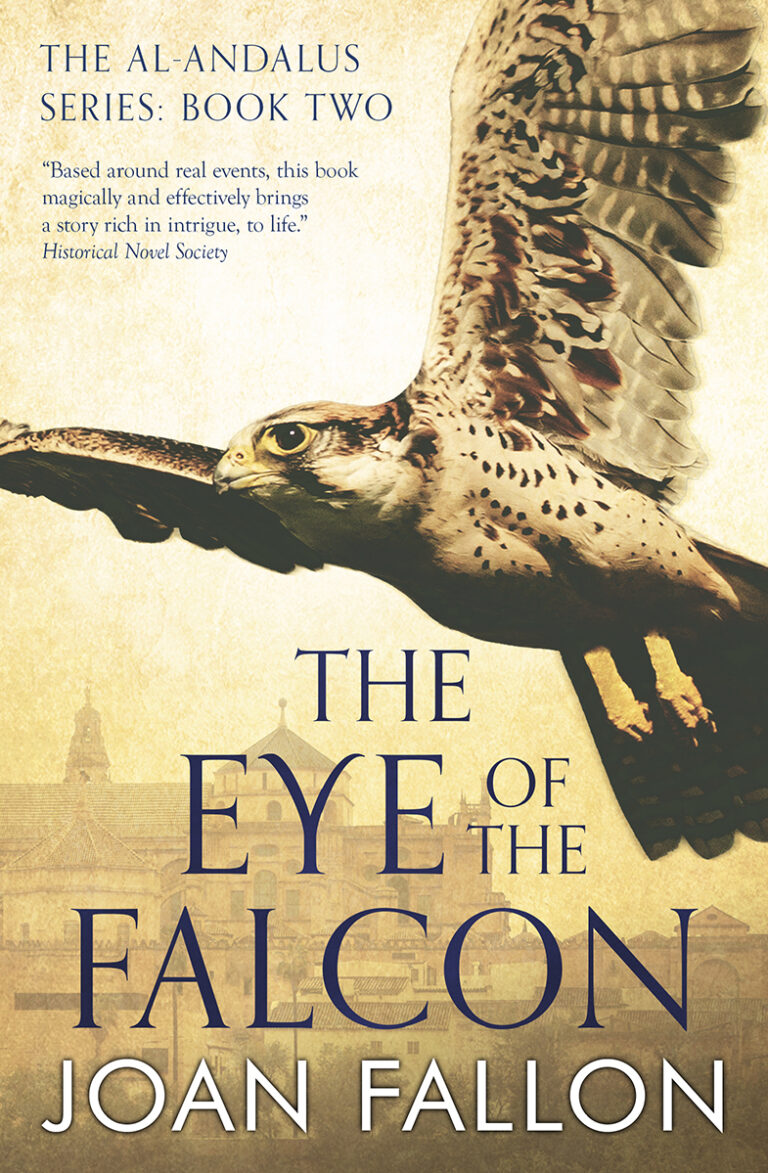 The Eye of the Falcon is the second novel in a series about Muslim Spain, set in the Andalusian city of Cordoba.  By the end of the 10th century Al-Andalus