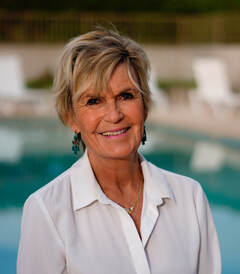 One of the real pleasures of using social media sites such as Facebook and Twitter is that sometimes you meet really interesting people. The sort of people that you would happily have as a friend in the “real world” and meet up with from time to time to share ideas and have a glass of wine. The chances of my ever meeting Gabi face to face are slim, but one never knows. ​ ​Gabi Plumm began life in the UK in the 50s. Her talents as an actor, screen and theatre performer, narrato […]

Who owns the Great Mosque of Córdoba?

Even if you have never visited the beautiful mosque in the centre of Córdoba’s old city, you will have most probably have heard of it. While I was writing the al-Andalus trilogy, which was set in 10th century Córdoba, I visited it many times. It is a truly magnificent place.​ The Mezquita’s fame is widespread, and its history stretches back to the time of the Moors in the 8th century. Work was begun in 785 AD, on the banks of the Guadalquivir, under t […]