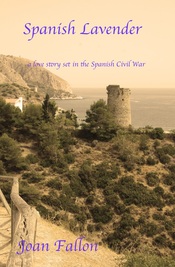 Two years ago I gave my novel Between the Sierra and the Sea to a vanity publishing house to publish.  They did not style themselves as vanity-publishers, rather they talked about co-operative publishing where the author and the publisher shared the costs – my share was exhorbitant.  Nevertheless, as I was having difficulties finding a regular publisher I decided to go for it.  At first it seemed to go well but then the royalties dropped and eventually dried up altogether. However by then I had discovered the world of self-publishing.  It was no longer as difficult as I had originally believed and I realised what potential was out there – the tools for self-publishing are cheap and easy to use.  I had also found that many of the things that I could do with my self-published books were not available to me to use on Between the Sierra and the Sea.  For example I could not reduce the price of the ebook version; I couldn’t offer a free sample; I had no control over the translation rights.   I still had to try to market the book because the publisher wasn’t interested in doing it, but without all the tools that were available to a self-published work,  It was frustrating so, using the lack of sales as a justification, I asked them to withdraw the book.  This they agreed to do – after all they had already been handsomely paid – and the book was back under my control.
After some editing I have now republished the same novel under the name of Spanish Lavender and it is available both as an ebook and in print.  I hope that the sales will now improve, at least of the ebooks.
Amazon Kindle
Smashwords
www.amazon.co.uk