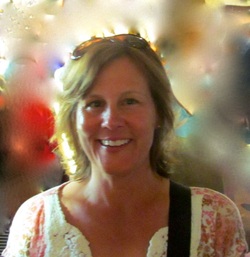 Well, sorry to disappoint you, but as I’m not a medium and Hemingway passed away in 1961, we will actually be talking to Allie Baker, the creator of the exciting webpage, The Hemingway Project.

Good morning Allie, welcome to Authors’ Corner.  You have been working on the Hemingway Project for some years now. What got you started on it?

The Hemingway Project is over five years old now, which is a pretty good run for such a specific subject. It started in a college library in Idaho when I was involved in one of the quirkiest and most productive writers’ groups of my life. Each of us choose a non-fiction subject to write about that had two distinctly opposing camps of opinion, using interviews to illustrate differing points of view. At that time, I was working at the front desk of the public library, and conversed with people about books all day long. I was getting ready to go to Europe for the first time to visit my son in San Sebastian, Spain and was rereading Hemingway for the trip, so for weeks, that’s what I talked about.  From what I read and overheard in the library where I worked, Hemingway was either the best writer, and most alluring male who ever lived, or he was scoundrel. I wanted to find out. It helped that part of his story was set in Paris and Spain in the 1920’s and 30’s, and his friends were people like Picasso, Gertrude Stein, and F. Scott Fitzgerald.

When I started the Hemingway Project, I was primarily writing poetry, and I saw the project as a way to get some practice writing prose. I wanted to learn how to write about travel, and Hemingway was by far my best teacher. Hemingway’s work taught me to listen, to see, to regard all human beings as a potential story.  I am less shy than I used to be, and like Hemingway, I see the world as my oyster. My connection with Spain and Europe is deep and fierce. I only wish Hemingway influenced my work habits! 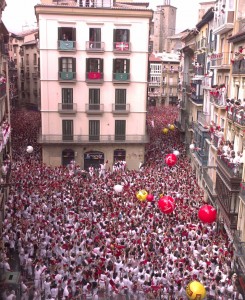 PAMPLONA -bull running
I imagine you have read all of Hemingway’s books. Which is your favourite or is that question too hard to answer?

I have not read all his work yet, but I am getting there! I have an enormous amount of respect for Hemingway’s work and especially his work ethic. For a long time, I loved his writing about Paris the most – A Moveable Feast, especially. But as you know, Spain has captured my heart so I would have to say that his books about Spain, especially For Whom the Bell Tolls is my favorite.

I read The Sun Also Rises when I was in my 20’s and it didn’t make a big impression on me. When I read it again after living in Argentina for a year and a half, I was so impressed by how accurately Hemingway portrayed the loneliness, excitement and sense of atrophy of being an expat, especially in a country where the currency is devalued and expats are living cheaply. I don’t think anyone has ever written about this as well since. I also loved it as a travel book – the writing was visual, and it gave me my first feelings for Spain. When I visited France and Spain and saw Paris and Pamplona and San Sebastian, it was like a promise fulfilled; the depth and the beauty there were just as he described. He captured the essence of the places he loved. 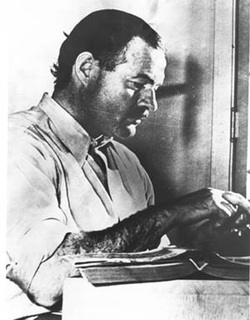 Many people associate Ernest Hemingway with Spain, the Spanish Civil war and bullfighting.  From what you’ve read, what do you think was his relationship with the country?

I am still learning more about this subject, actually. Hemingway’s deep love of Spain, its traditions, land and people are contagious. I read about Spain primarily through Hemingway, and when I went for the first time, his precision amazed me. I often wonder what he would have written had he stayed in Spain longer. Hemingway’s love for Spanish people really shines in For Whom the Bell Tolls and also in the integrity of the matador in Sun Also Rises. Hemingway even gives the landscape around Pamplona a nobility in his writing.

James Michener called Spain the most inwardly mystical country on earth and I believe that it was that mystical sense or duende that compelled Hemingway to explore Spain so deeply. Death In the Afternoon is another amazing book about Spain, explaining out the drama of Torero against the background of Spanish history and tradition. The last chapter in Death in the Afternoon is, to many people, the most beautiful writing that he has ever done. In this chapter he talks about all of the things about Spain that he loves and finds difficult to capture in words. Nevertheless, he captures it perfectly His longing to reach the essence or soul of Spain leaves the reader wishing that Hemingway would continue to write that last chapter forever.  Hemingway was extremely in tune with nature and his surroundings. His physical location in the world was always important to him and he was precise in his understanding and description of “place”. I think Hemingway’s interest in the natural world grounded him as an artist. 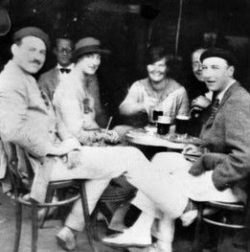 People contact you from all over the world to contribute to the Hemingway Project.  Did you expect such a wide response?

Not at all, and that has been the fun part! The Hemingway Project is so much more interactive than I ever thought it would be and I have made some of the best friends of my life through The Hemingway Project. As the years have gone by, I have shared more and more of myself on the blog, and what is going on in my personal life. My readership has become a community, (at least to me), and in the last year, many of the people that came into my life because of Hemingway, have become a very sweet support system as I am recovering from a serious illness. I could not have foreseen how many blessings would come from simply putting myself out there and giving it a try!

What was the most surprising piece of information about Ernest Hemingway that you received through the Hemingway Project?

﻿I am amazed at the afterlife Hemingway is enjoying! About six years ago, our youngest son studied abroad in San Sebastian, Spain. When I visited him, we planned a trip that followed The Sun Also Rises story. At almost every stop, we found someone else following the Hemingway trail, and it was natural to become friends. Stories and emails were exchanged and I found a subject that I really wanted to research and write about. My blog is now over 5 years old, and I am still surprised and delighted by Hemingway and the fascinating sub culture of fans that have existed for decades.﻿ 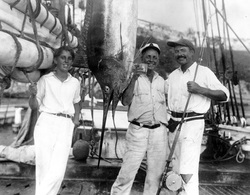 What affects you most about the people who contact you?

I get a lot of email, and talk a lot of Hemingway, even though there are people who know so much more about him than I do, but what I am interested in is how he has endured for so long and why. He was one of the first writers to become so famous that he was almost a brand or a “lifestyle”, including a life of travel and adventure. When I talk with people who love Hemingway, what delights me the most, is the moment they realize that Hemingway has given them the inspiration and sometimes even the courage to lead a bigger life than they ever would have without him. That is certainly true in my own life story – there is a before and after Hemingway, a line I stepped across into another world, and a bigger and better one for me.

If you could put it into a few words, what do you feel is the enduring influence of Ernest Hemingway on literature?

There are a lot of people who could give you a much better answer to this question; especially about modernism and how things changed in society after World War I.

I was thinking about this the other day after going through a box of my old writing. As a young woman, I read almost nothing but poetry. I wasn’t interested in anything else. So I read day and night, in fields, on camping trips, in cars and airplanes, everywhere, every day, poems. I began to think in poems and I began to write my own. During those years I learned so much about rhythm, phrasing, and cadence, that when I finally came to Hemingway’s short declarative sentences, his compact language, his ability to make a word do things it normally does not do. I understood him completely. To me, Hemingway reads like a poet. I think his lifestyle, his travels, his adventures, and his big personality add to his endurance as an important writer – he redefined the image of an artist as someone who participated in life, who played hard with the world, while at the same time, observing it. People still follow Hemingway’s stories all over the world, trying to re-create something that is impossible to repeat. I think that will go on for as long as there are books! 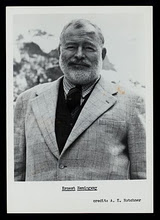 Thank you Allie for sharing your thoughts and feelings about Ernest Hemingway; he is obviously someone who has made an enormous impression on you.  I look forward to seeing some of your own work in print soon.

Allie’s blog and The Hemingway Project can be found on http://www.thehemingwayproject.com