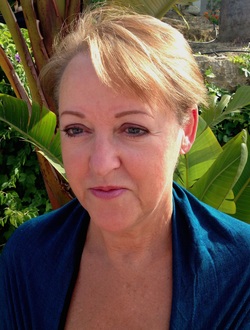 Good morning, Lorraine, welcome to Authors’ Corner.  Now, you seem to be a woman of many parts – and two names.  Can you tell us about these two personalities of yours?

As Lorraine Mace I run a critique service for writers, am a columnist for Writing Magazine and a short story judge for Writers’ Forum. I run three international writing competitions at www.flash500.com and I am also an author of children’s novels.
The first of the trilogy, Vlad the Inhaler, was published earlier this year by an American house, Little Roni Publishers, LLC.

What attracted you to writing crime novels?

The need to kill people without going to prison for it! No, the serious answer is that I love reading crime, so it was a natural progression to write in the genre.

﻿Some would say it’s a genre better suited to male writers than female.  What would you say to that?

I have difficulty understanding why anyone would say such a thing when there are such great female crime writers out there. I think any author who chooses a genre based on gender is doing himself or herself a great disservice. Write the book that needs to be written – the one that refuses to leave your head until the characters are down on paper and their stories told.

Your main protagonist Detective Inspector Paolo Storey.  Is he a character that we meet in subsequent books?

Yes, he and a few other characters feature in all the books of the series. 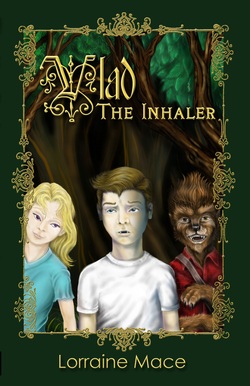 Tell us a little about Lorraine Mace’s books.  Are they mainly for children?

At the moment they are, but I am working on a literary fiction novel that refuses to be ignored, even though I keep putting it to one side to work on more commercial projects.

I have written four novels for children, but only one has so far been published. The second in the Vlad the Inhaler trilogy has just been accepted for publication in 2015. Eleven-year-old Vlad is a vegetarian, asthmatic hupyre (half human, half vampire). On the night his parents disappear, his vampire relatives take over his castle. They keep him alive only to find out where the family treasure is hidden. Readers can find out more about Vlad as he has a dedicated page on my website: http://www.lorrainemace.com/index_files/vlad.htm

There is also a Vlad the Inhaler Facebook page for him: https://www.facebook.com/IamVladTheInhaler
He is more active than I am when it comes to social media!

You certainly keep very busy Lorraine – publisher, columnist, editor and writer.  You also devote a lot of time to helping other authors.  Which of these tasks do you find most fulfilling?

That’s a difficult question to answer! I love helping other writers and get a tremendous sense of satisfaction when an author I’ve mentored achieved a publishing deal. On the other hand, I can’t describe how thrilled I get when another of my novels appears in print. Not sure I can choose one emotion over the other.

Do you have a new crime novel in the offing?  When can we hope to see more of DI Paolo Storey?

I am currently writing the fourth D.I. Paolo Storey book, Looking for a Reason, which is under contract to be published towards the end of this year.

Thank you for chatting to us Lorraine and good luck with the new book.  I’m sure all the Paolo Storey fans are eagerly awaiting its release.  To learn more about Lorraine and her books try out the links belo