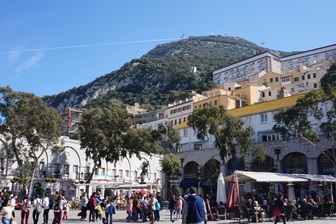 Nowadays many people think of Gibraltar as an ex-colonial rock at the extreme south-east of the Spanish mainland, a pro-British enclave constantly at war with Spain and the place to go to buy cheap fags and alcohol. But there is much more to Gibraltar and its people than that. Since ancient times it has been a strategically placed fortress.

​For centuries Gibraltar was known as one of the Pillars of Hercules, guarding the entrance to the Mediterranean, from a Greek myth about the labours of Hercules.

​It was also the landing place for the Moorish invasion of 711 AD, and took its name from the Arabic words Jabal Tarik, meaning the Mountain of Tarik, the general who led the invasion.

During World War II, the garrison was strengthened and it became a Royal Navy base. Most of the civilians were evacuated to Britain, Morocco and Madeira for the duration of the war.

​Overseas Territory. In a referendum in 1967 and again in 2002 the people of Gibraltar voted to retain their links with Britain, which date back to the Treaty of Utrecht in 1713, when Gibraltar was ceded to Britain in perpetuity. It has been under British rule ever since – until 2006, that is,  when the Gibraltar government began to govern its own affairs. 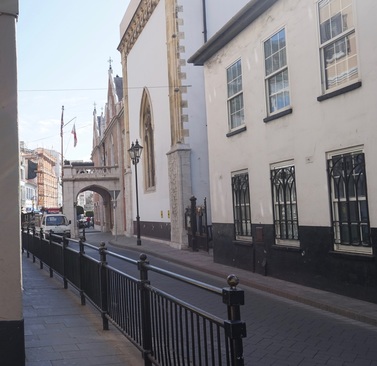 A reminder of its colonial past
2016 is the 80th anniversary of the start of the Spanish Civil War. It was July 1936 when the Spanish troops stationed in La Linea, the border town adjacent to Gibraltar, received the order to fight – their motive to overthrow the democratically elected government. The troops responded quickly and ruthlessly to their new orders. Those who resisted were shot or forced to flee across the border into Gibraltar to safety.
Over a thousand people, Spanish nationals and Gibraltarians who lived in La Linea, crossed the border that night. Given little official aid, they were helped by the local people who took them into their homes and set up soup kitchens to help feed the influx of refugees.
Gibraltar’s official stance on the civil war, in line with Britain, was that of a neutral observer, although it was known that the colonial authorities gave aid to the Spanish rebels in an unofficial capacity. 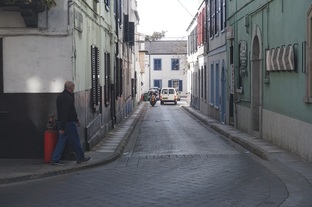 A typical side street
Today Gibraltar is a bustling place, the destination of many tourists and a stop-over for cruise liners. Its narrow cobbled streets, spectacular views and cosmopolitan community give it another-world quality. Neither British nor Spanish, the people speak both languages with ease and don’t be surprised to find yourself talking to someone with a strong Liverpudlian or Scottish accent, who has never even visited the UK. 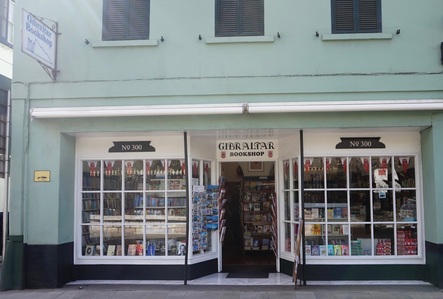 If you are interested in learning more about Gibraltar and the impact that the Spanish Civil War had on the garrison, call in to the Gibraltar Bookshop where they have a large collection of books about their small country.