When I was researching into the background for my series of historical novels entitled The al-Andalus series, it wasn’t just dates and battles that I needed to know about. I wanted to find out the details of everyday life and to do that I needed to scour the internet, read as many books as I could on the period and visit museums to see what artefacts had survived from 10th century Spain. Then I made an interesting discovery. Many of the customs and fashions that we now adopt originally came from the agile mind of a freed Arab slave. 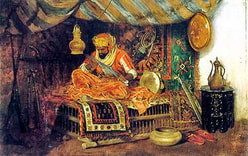 He was called Abu al-Hasan, who was born in 789 AD in Persia. His family were slaves or freedmen and served the Abbasid caliph in Baghdad. There is some doubt over whether he was African, Persian or Kurdish but the fact that he was nicknamed Ziryab, the Blackbird, would suggest that he was probably African. According to contemporary historians he was called Ziryab for the darkness of his complexion and the sweetness of his voice. Ziryab was a musician. He could play the lute and knew thousands of songs by heart. Not surprisingly he soon found himself playing for the caliph.
The caliph was amazed by his musical talent and he soon became a favourite. However Ziryab’s old music teacher became so jealous of Ziryab’s success and feared for his own position in the royal court that he told Ziryab to leave Baghdad and never to come back. He told him that if he didn’t do as he said then he would crush him. So the story goes, Ziryab packed up and left the city. He travelled first to north Africa and then crossed into Spain in 822 AD. But Ziryab’s fame had reached Moorish Spain and he was welcomed into the Omayyad royal court by the emir Abd al-Rahman II. The emir was so impressed with him that he offered him a salary of 200 gold pieces a month and bonuses for the main Islamic holidays. He also received 200 bushels of barley and 100 bushels of wheat each year. That wasn’t all. He was given a small villa in Córdoba and some farmland. Now why was the emir so generous? It is said that Abd al-Rahman II wanted to raise the standard of culture in the city and remove the notion held in the Arab world that Moorish Spain was a barbarian country. After all it was little more than a hundred years since his ancestors had fled from Damascus and set up a new dynasty in Spain. They still had a lot to prove. And Abd al-Rahman II made a wise choice when he employed Zaryib. 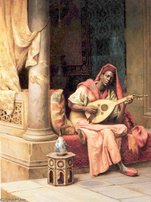 So what do we owe to the talented Zaryib? He wasn’t just an accomplished musician, he was a fine teacher and opened a music school in Córdoba. He also designed and built musical instruments, in particular a refined version of the lute. He wrote his own songs and had a profound influence not only on Arab music, but also on the music of the Spanish Christian community and later on influenced the development of Medieval European music. He was also a poet—and poetry was very important to the Arabs—and a student of astronomy. As his popularity grew so did his influence and soon his ideas on fashion and table manners spread. 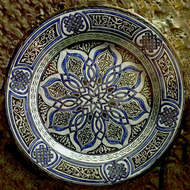 Ziryab loved food, and dining at that time in Moorish Spain was simple and limited. The Vandals who ruled southern Spain before the Moors arrived, ate from bare wooden tables, piling the platters of food in the middle in no particular order. There were no table manners. But there was an abundance of food. Ziryab introduced new ways of preparing and serving food, many brought with him from Baghdad. He introduced asparagus, before regarded as a weed,  and he is still remembered today in Córdoba for the dish ziriabí, a dish of salted and roasted broad beans.
He persuaded the emir to serve the palace dinners in courses, starting with a soup, next meat, fowl or fish and ending with a dessert or fruit and nuts. This became popular not only with the members of the royal court but also with the rest of the inhabitants of the city, including Christians and Jews, right down to the most humble citizens.
Ziryab taught local craftsmen how to make leather table cloths and replaced the wooden platters with ceramics and the metal goblets with crystal.

Grooming was another area where Ziryab thought there could be improvement and he developed the first toothpaste. He popularised shaving for men and set new hairstyles for both men and women. He also introduced the use of salt for washing clothes.
Women were interested in what he had to suggest and when he opened a beauty parlour in the centre of the city, they flocked to it. Spanish women normally wore their hair long, covering their ears and with a centre parting. They had a long braid down the back. Ziryab introduced shorter, shaped styles, leaving the ears uncovered and often with a fringe. He showed them how to shape their eyebrows and remove body hair. He also introduced new perfumes and cosmetics. Many of his innovations came from the elite Baghdad society—Baghdad at the time was the world’s most cosmopolitan city. Others were his own inventions. And because he was so popular, they became the fashion, as did his influence on dress.
He invented a seasonal calendar for fashion. In the spring both men and women were to wear bright colours. In summer, white. In winter, he suggested long cloaks trimmed with fur, which became very popular—for those of you who’ve never been to Córdoba in the winter, it can be very cold. He also introduced silk in many colours to replace the traditional fabrics.
By the end of the 9th century, Ziryab’s ideas were well entrenched and Córdoba was a city renowned for its culture and learning. Thousands of students flocked to the city and when they returned to their own countries they took Zaryib’s ideas on food and fashion with them. 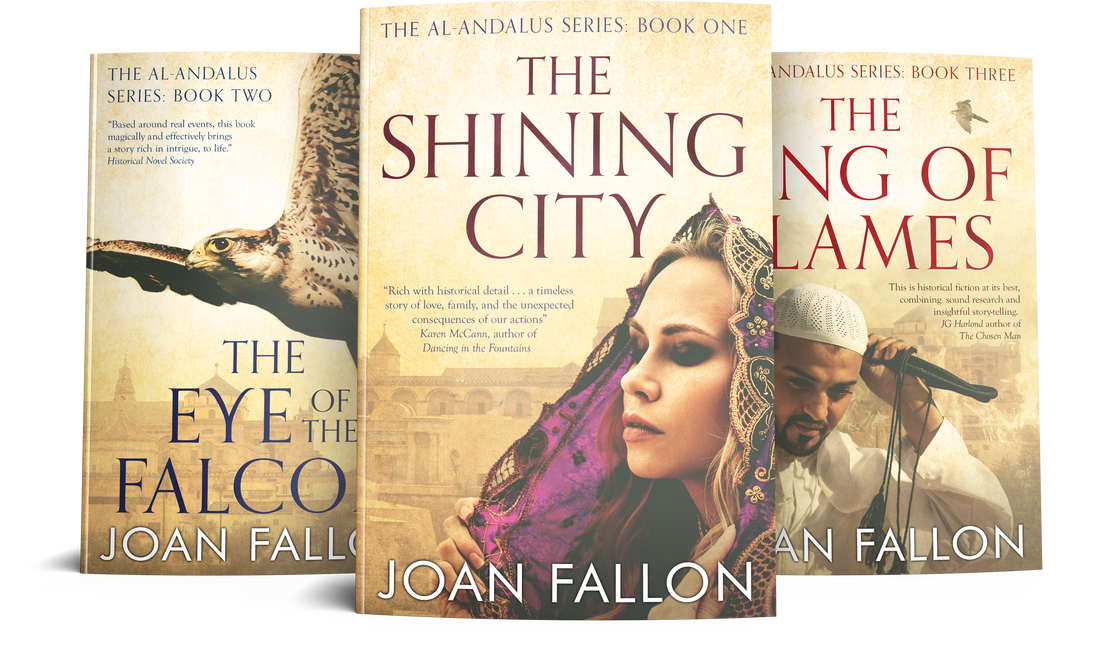