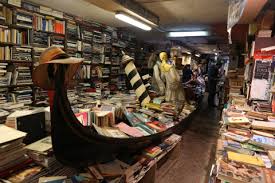 You may be forgiven for thinking that writers of historical fiction do all their research pouring over detailed history books but there are many other sources that can be useful as well: paintings, sculptures, artefacts, ruined buildings, museums, oral accounts for more recent history, and of course the extensive and all-embracing resources of Google. But despite all that, novelists can still find themselves stuck.
When I decided to write historical fiction set in Moorish Spain in the tenth and eleventh centuries, I didn’t realise that there was so little recorded information about the period—the medieval era is aptly called the Dark Ages—so I found myself presented with a challenge. How to create an accurate and believable account of the time with so few resources to hand. This is where I had to resort to detection and logic. Until the Industrial Revolution—called a revolution for a very good reason—the pace of life was slow and change was gradual. It’s easy to forget that we live in a world that during a single generation has changed out of all recognition. I’m not talking about wars and revolutions but about social change. I can remember a life where only a few people had televisions and telephones, where we corresponded by letter instead of email, WhatsApp and Facetime, where you walked round to your friend’s house or took a bus instead of going by car, where you bought a stamp and posted a letter, where the High Street was a social meeting place as well as somewhere to do your shopping. But when you look further back into history you will see that many aspects of life remained unchanged for generation after generation.
The Moors were in Spain for seven hundred years and it’s true that during that time there were many changes, but mostly at the start of the conquest when a new way of life was introduced. Nevertheless, the arrival of the Moors didn’t mean that the existing population gave up all their old ways; traditions and local customs don’t alter that easily. And the Moors were not a zealous people. Although they conquered Spain, they realised they were vastly outnumbered by the locals, so they didn’t insist on mass conversion to Islam and their ways. They were happy to create a society where Jews, Christians and Muslims could live together in harmony. This convivencia lasted for many generations before the interference of religious zealots both Christian and Muslim, began to unravel the social concord.
So how is this a help to the historical novelist? Let me give you a few examples. In my latest novel, ‘The Apothecary,’ which is set on the shores of the Mediterranean, I introduce some new characters: pirates. Now pirates roamed the Middle Sea, as it was called, for centuries; they are mentioned by the Greeks and the Romans as early as the thirteenth century BC and were terrorising shipping until 19th century AD. There have been some very interesting books written about them, but I could find very little specifics about pirates during the eleventh century. The question is, did the life of the pirates change very much in all those hundreds of years? I doubt it. There would have been improved weaponry and faster ships but the life of a pirate was much the same; they were outside the law, they robbed, they fought and they killed. So when I found a gap in my research about pirate life, I looked to both earlier and later accounts; the continuity was remarkable so I believed it was reasonable to make certain assumptions for my own pirates based on what went on before and later.
For example, what did they do for entertainment (when they weren’t raping and pillaging that is)? Storytelling, music and singing are ancient pastimes that were found all over the world and lingered on into the 19th century. But what instruments would a rough and ready pirate favour? It turns out that an instrument I had always associated with northern Europe, was brought to Spain by the Moors and was likely to have been played by all levels of society. It was the organistrum, or as it was later called in England, the hurdy-gurdy or the barrel organ. There are many accounts and paintings of the instrument in the northern parts of Europe but, again, nothing in Muslim Spain—Islam forbade the painting or sculpture of the human form in case it led to idol worship. But then I noticed one of the carvings above the Portico de la Gloria, the main entrance to the cathedral of Santiago de Compostela. There were two men seated side by side playing an organistrum, one of them playing the keys and the other turning the crank handle to vibrate the strings. Proof that in 1180 AD the instrument was being used in Spain. Just the sort of music the pirates would have enjoyed listening to either round the camp fire or on board ship. 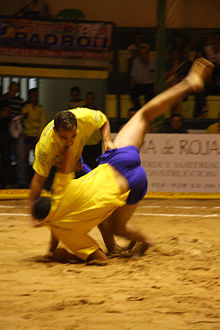 Here is a further example of how useful it can be to widen the scope of your search for historical data. One of the main characters in my new book is a young Berber soldier. I knew that wrestling was a favourite pastime with the soldiers, both as a way of training and sport and wanted to include it in my book. But what sort of wrestling? Google as usual came to the rescue in a roundabout way. It is quite possible that the form of wrestling practised by the soldiers in eleventh century Moorish Spain was Canarian Wrestling. This sport was first identified in the fifteenth century as the traditional wrestling form of the Guanches, the original settlers of Tenerife, who were said to have brought it with them from North Africa. Recent gene research has revealed a close connection between the Berbers of North Africa and the Guanches. So it’s logically possible that my Berber soldier would have been familiar with Canarian wrestling four hundred years earlier.
The historical novelist often has to rely on hints and clues to create background to their stories where they can’t find concrete evidence. In a way they are like detectives, sifting the evidence and analysing the data to see if it supports their hypothesis. So although I don’t feature any detectives as a main character in my novels, you can see that the main sleuth in a Joan Fallon novel is the author herself.