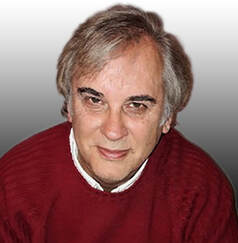 Six years ago I ran a blog called Authors’ Corner and interviewed a number of up and coming independent authors. I thought it would be fun to see how things had gone for them in the last six years and whether they were still writing.

​Good morning Keith. Welcome to Author’s Corner Revisited. It’s been a while since I interviewed you about your writing, so thank you for agreeing to come along and tell us how things have progressed in that period.

Great to be back! Thanks for having me.

​1. My first question is regarding your series of crime books featuring the investigator Sam Dyke. It is obviously very popular amongst readers of crime fiction. How many books have you written now? And how do you come up with new plots for the character?

I’m in the process of planning the 10th full-length Sam Dyke novel and there’s a short story as well. It’s a mystery to me how this has happened! The plots usually begin from a single idea – usually something I’ve read about. It lodges like a piece of grit in an oyster – or a stone in a horse’s hoof! – and has to be worked free, elaborated on, then planned out to make a viable story. Almost all the books can be traced back to a single idea that I let cook in my subconscious until some characters began to coalesce around the idea … and from out of that comes a sequence of events that I can turn into a plot. This is a fun time in the whole process, when you let your imagination run wild … but it can be stressful if nothing seems to emerge for a while. You have to trust that your subconscious is working on it even when you’re not concentrating. Luckily, it always comes up with something. 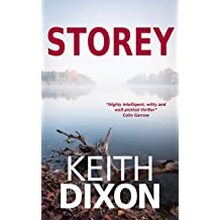 2. I believe you have been writing a new series. Can you tell us something about that? How does it differ from the Sam Dyke series?

Yes, I have another series featuring an ex-police sharpshooter called Paul Storey. While the Sam Dyke novels are based largely in the North West of England – because that’s where I lived when I started them – the Storey novels are set in and around Coventry, which is where I was brought up. The Sam Dyke novels with one exception are told in the first-person – because I wanted to mimic the classic detective noir style of Chandler and Ross Macdonald – while the Storey novels are told in the third person. Both styles, however, let me wander into the minds and personalities of the bad guys to let us see things from their perspective. This is one of my favourite bits of writing crime novels because you can really let rip on a character! I should add that my last book, I May Kill You, was a standalone featuring another ex-police detective who gets caught up in hunting for a serial killer. This was an attempt to be a bit more of a police procedural, though the hero works with the police, not for them.
3. Do you think that being an independent author has become easier during the last six years, and if so, in which ways?

On a technical level, yes, I think so. The various methods by which we can write and produce our books as both ebooks and paperbacks has become easier, both through Amazon and the other outlets like Draft2Digital, which enables your book to be distributed to a range of outlets like Apple iBooks and Kobo. Also, the more often you do it, the more experienced you become and can avoid the pitfalls. There’s more support available for independent authors, too, both in terms of ad hoc Facebook groups and more professional outfits such as the Alliance for Independent Authors, which is a great organization for authors to be a part of. In addition, YouTube offers lots of videos for aspiring authors, whether at a creative or a production level. You feel that you’re part of a growing community these days, not a weird outlier!

4. You are a prolific writer. When you spoke to us in 2014 you aimed to write three books a year, do you still do this?

Almost! Last year I wrote and published 3 in thirteen months. This year will be slower, I think. It’s going to have taken 6 months to write the current book and I doubt I’ll write another two in the following six. The virus has affected quite a lot of writers like this, I believe – in spite of having even more time to ourselves, it seems to have knocked some of the creative stuffing out of some of us. Not all, of course, but I have heard writers saying they’re finding it hard to concentrate on writing. ​

5 When writing crime fiction, how difficult is it to get the background, police procedure and forensics right? Do you have specialist contacts you can turn to for advice?

As you might expect, the Internet is a great boon here. In the past I’ve tried to steer clear as much as possible from police procedures because they simply slow everything down … ! But in my last book I had an ex-policeman working closely with an active DCI, so I did a lot of reading to establish police procedures and forensics and so on. The worry is that if you ask questions of active policemen or -women, their answers are going to squash your plot! So one treads a fine line between not being outright silly and maintaining a sort of urgency in the plotting. There are several books written by serving or ex-policemen geared towards crime writers nowadays and they’re very helpful. Also, I try to remember that all of these people are human beings working with other human beings – I’ve worked in collaboration with people for years and I know the kind of rapport that’s built up between you when you’re working in a common cause. Besides I read Colin Dexter say that the only research he did for the Morse series was to sit in a police station for a morning … so I try not to worry!

​6. Has your marketing strategy changed very much over the years?

Marketing? What’s this strange notion of which you speak? I’ve tried several approaches over the years – Facebook groups, Facebook Ads, Amazon Ads, competitions … none of them seem to have any long-lasting effects. So it’s always a cat-and-mouse struggle where people say, What seems to be working at the moment? For a while it was Facebook ads, and then Amazon Ads came along and they seemed to work well and were flavour of the month for a while … and of course there’s Bookbub, but I’d have to spend over $600 for one ad in my genre and I’m just unwilling to risk it. At the moment I’ve paid for a company to run some Amazon Ads for I May Kill You in the UK, and they had an impact initially. I’m also running Amazon Ads myself in the US. The difficulty is in knowing what’s effective, because the conventional wisdom is that it can take at least 2 weeks for an ad to prove its effectiveness … and by that time one feels any improved sales might be based on market shifts or whims, not necessarily on one’s ads. So it’s difficult! I’m thinking that the best strategy is still just to produce as many books as possible so that they start to feed off one another.

​7. Which of your books has given you the most pleasure to write?

Probably The Cobalt Sky. I’d been reading a lot of Ross Macdonald– he’s the creator of the Private Eye Lew Archer. I like his writing style and the fact that his plots are energetic, with the detective tracking down clues and talking to people and solving mini-problems along the way … so I’ve slowly been introducing what I would call an ‘influence’ into my own writing, concentrating in particular on the surface of the writing itself, the use of imagery and metaphor to add depth to the interactions between people, without slowing down the plot! The Cobalt Sky was the second book in which I’d attempted this and I felt I had a better grasp of what I was trying to do in it. 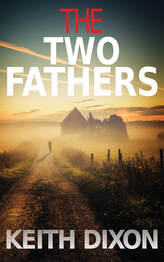 8. Please tell us a little about your latest book. Can you give us a little preview of the plot?

The latest book is called The Two Fathers. In it, Sam is hired by a man who wants him to find out what his wife is up to when she leaves the house at night. The client works at night so can’t do it himself and he’s worried about what his wife is doing. Sam doesn’t like divorce work – shades of Philip Marlowe! – but finally agrees to help. When he does so, he finds himself involved in an intrigue involving a crooked florist, a drug-smuggling conspiracy and a family on the verge of breaking apart. I hope it doesn’t become too obvious, but the backbone of the plot is based on an ancient Greek play, a foundational crime story!
Thank you so much for talking to us, Keith, and good luck with ‘The Two Fathers.’

If you would like to know more about Keith Dixon and his crime novels go to his web page www.keithdixonnovels.com or check him out on Amazon.

If you want to receive a copy of my monthly newsletter or hear about new releases and special offers click here. Thank you for reading.