Six years ago I ran a blog called Authors’ Corner and interviewed a number of  independent authors. I thought it would be fun to see how things had gone for them in the last six years and whether they were still writing. Today we’re speaking to Ann Victoria Roberts
Good morning Ann. Welcome to Author’s Corner Revisited. It’s more than six years since I interviewed you about your writing. So thank you for agreeing to come along and tell us how things have progressed in that period.
My first question is how has the lockdown of the recent months affected your writing? Has it inspired anything new or have you found it hard to get into your usual routine? 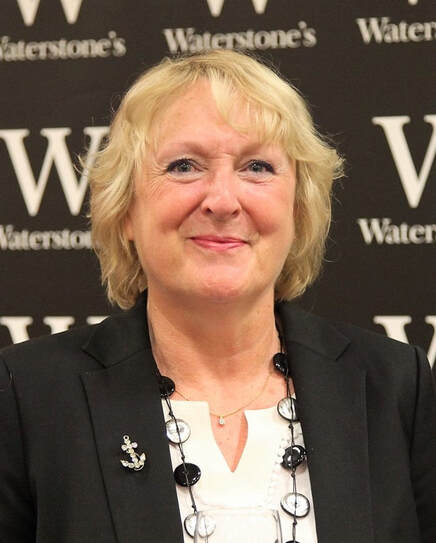 ​I must admit it was tough at first. My husband and I had just returned from two weeks’ holiday – we got back on 10th March, just as lockdown began. As a writer, used to working at home, it should have been almost normal, but a range of different anxieties made it difficult to focus. I couldn’t manage anything new, but I had a memoir on the back-burner…
​
Yes, Joan, it’s the one that I was working on six years ago, when you first interviewed me! It relates some of the history behind my first two novels – ‘Louisa Elliott’ and ‘Liam’s Story’ – and the series of coincidences and odd events which led to their writing and publication. But I was not entirely happy with it, so it was shelved in favour of a new novel. ‘One Night, Two Lives’ – but more of that later.

While we’ve been in lockdown, I’ve been cutting and re-shaping this memoir of the 1980s, and given it a new, tongue in cheek title – ‘Housewife Writes Bestseller!’ – a reflection of the tabloid headlines of 1989 when ‘Louisa Elliott’ was first published. The fact that a woman who was primarily a wife and mother could write a successful novel was clearly newsworthy – which shows how far women have come in the years since.
The story behind the two Elliott novels is a story in itself, but woven into this memoir is my life at the time as a sea-captain’s wife. While Peter was away on long voyages, I was writing and holding the fort at home. Opportunities to travel together did come up occasionally, and the children and I joined him whenever possible. Incredible though it seems, I received news that a top literary agent was keen to represent me, while I was on the bridge of an oil tanker entering the port of Bilbao!
You obviously enjoy writing about the 19th century, do you plan to write any more novels set in this period?
​I have enjoyed it in the past, but at this stage of my life I’m not sure I have the drive and passion to embark upon another full-length historical novel. But who knows? So far, each book has been sparked by a moment of inspiration which has fired me and driven me forward. Between novels I’ve tended to revert to painting and travelling, which doesn’t sound very professional, I’m afraid. I stand back in admiration of authors who write excellent series – and somehow, keep going, year after year. I’ve often worked ridiculous hours to create and complete a novel, but afterwards I’m a limp rag!
​From your books and your posts on Facebook I can see that two strong influences on your writing are the sea and the city of York. How have these affected your writing? 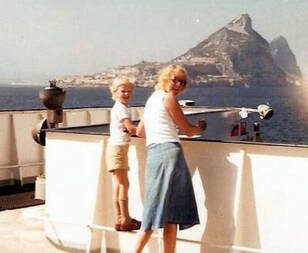 Oddly enough, I’ve been reflecting on these very topics in the memoir. Thanks to my mother’s family, York was almost a second home to me while growing up, and it’s always been special. Even as a child I was reading books inherited from the 1890s – but the items that started me writing about the fictional Elliott family were a WW1 diary, and the photo of a handsome young soldier in Australian uniform. I’d discovered them amongst those old books in Grandma’s attic, but it was not until they came into my possession that I started digging into the family history. I’d planned to write a WW1 novel, but the facts were so curious, what began as backstory turned into ‘Louisa Elliott’, a big romantic saga set in 1890s York.

By contrast, ‘Liam’s Story’ is a novel which opens in York almost a century later, when re-discovered letters and photos take the reader into the lives of the Elliott family just before WW1. The story unfolds through links between two sets of lovers and two different eras, revealing a tragedy waiting to be resolved.

At the time of writing ‘Louisa Elliott’, my husband was Master of an oil tanker trading between Kuwait and Karachi at the height of the 1980s Gulf War. Although the sea-captain in ‘Liam’s Story’ is not directly based on Peter, the character of Stephen Elliott arose through my own observations of men at sea. ‘Liam’s Story’ enabled me to say something about everyday life aboard merchant ships – something most people know little about – and how it feels to be alone at home with only letters as contact.

Later, it was through Peter that I was shown the Southampton Dockmaster’s Log Book for 1912, logging all ships coming into and out of the port. Those for April, showed the Titanic departing for New York, but the earlier ones for March, revealed some previously unknown facts about her Master, Captain EJ Smith.

I have to say that I was never a Titanic buff, but when I saw the entries in that book, I knew at once that here was a story begging to be told. It was such a powerful conviction, it was as though I had Captain Smith at my shoulder, saying, ‘Go on – you know what the pressures are like, you can make sense of this…’ And so, two years and a lot of research later, ‘The Master’s Tale,’ based on the life of Captain Smith, was complete.

If you could choose one character from all your books, which is your favourite and why?
It has to be Liam Elliott. The character was based on my grandfather’s brother, Will – the man who wrote the WW1 diary. For years I’d been planning to write his story, but even as I began, it was overtaken by other voices. As I followed the clues, coincidence became commonplace. These odd events carried on throughout the writing of both Elliott novels, and only came to an end when ‘Liam’s Story’ was published in September 1991. Recently, however, there have been more – enough to prompt me into publishing the memoir!
When last we spoke you were planning a new historical novel. How did it turn out?
The one I was planning was shelved in favour of something more modern. An old friend and I were discussing the subject of illegitimacy in the Elliott novels, and the fact that social condemnation barely changed until the late 1960s. Only then – thanks to the advent of the Pill and legal abortion – did women gain the freedoms that are taken for granted today

Several conversations later – plus the highlighting of a lot of sexual assault cases around the same time – I began work on a new novel, ‘One Night, Two Lives’, published a year ago. It opens a window on the comparatively recent past, when pregnant but unmarried women were coerced into giving up their babies for adoption. Set mainly in Yorkshire, the story opens in 2004, when Suzie – a successful woman in her late fifties – is shocked by the unexpected arrival of former boyfriend James. First love and sudden betrayal – after what he did, why should she agree to search for their son? But he’s opened a door on the past, and the memories won’t go away.

Originally you were a traditionally published author but now that you self publish, have you found it more satisfying, and if so, in which ways? 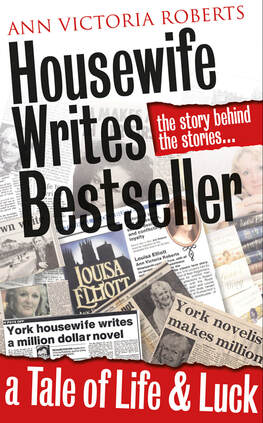 Although I do miss the backing team of a traditional publisher – everything from professional editing, to book covers and marketing – I do not miss the intense pressure to produce the right kind of book to a deadline. I’m not predictable, and my novels refuse to follow a template, which makes them difficult for the traditional publisher to promote. So for me, doing it independently was, and still is, the best route.
Despite publishing very few novels, I have found a good market for the re-issued bestsellers with their timeless themes. Unless the books had been filmed – and there was much talk of filming ‘Moon Rising’ set in 1880s Whitby – the chances of my former publishers releasing new editions was unlikely. So readers both old and new are now enjoying them in their fresh formats.
Luckily, coincidence – again – put me in touch with the designer who did the original cover for ‘Louisa Elliott’, and we’ve worked together ever since. In fact it was his design for the new memoir that decided me on the title, ‘Housewife Writes Bestseller!’  And I have recently discovered that the ebook publishers I’ve used to distribute four of my previous novels – eBookPartners – have recently moved into print book publishing. So they will be handling the memoir.
I wish I could say my marketing skills have improved, but they haven’t. Despite my early success, I still suffer from the old northern ethic that says bragging is practically a hanging sin! But I do have a following of old fans, who enjoy the blogs and the rare new novel, such as ‘One Night, Two Lives’. I find that being asked to speak about my books in public is the best way to engage with people, and can generate a decent number of sales. And in a bid to find new readers, I’ve also donated copies of my books to local libraries.
Are you working on a new book at the moment? Can you tell us a little about it?
I’m thinking of writing a few more seafaring tales for my blog – if people like them, I may gather them together for another memoir. We’ll see how it goes. ‘Housewife Writes Bestseller’ will be published – independently, of course – before Christmas . But before I get back to my search for photos, I’d just like to say thank you, Joan, for inviting me back to your blog – it’s been a real pleasure. ​
Thank you so much for talking to us, Ann, and good luck with your next book. If you want to learn more about Ann and her books you can find her on:
​
www.annvictoriaroberts.co.uk
https://www.facebook.com/AnnVictoriaRoberts#
and on her Amazon page