At a recent Indie Book Fair, I met some people from Ingram Spark who print and publish books for independent authors, among other things.  As sponsors of the Book Fair they were interviewing individual authors that day.   Now, I have used Lightning Source, a business unit of Ingram, for a number of years, so when they told me that they were based in Milton Keynes I asked if they knew Lydia.

‘Yes,’ was the reply, ‘Lightning Source are on the floor above us. We know Lidia well.’

Now Lydia has been my customer service contact with the company since I first started using their services.  I have never met her and never spoken to her; our only contact is via email but I have a clear picture of her in my mind, small, slim, young with a pleasant face and fair hair.  I have no reason to suppose she is like this except that this is the image that seems to go with her name.

Imagine my surprise when the people from Ingram Spark commented, ‘That makes sense as you live in Spain; Lydia is Spanish.’  But why should I have been surprised?  When I think about it, Lydia has a Spanish surname and has often told me she has been to Spain on holiday.  But in my mind Lydia was not a Spanish name and so the imaginary image of her that I have constructed over the years is not of a Spanish woman. 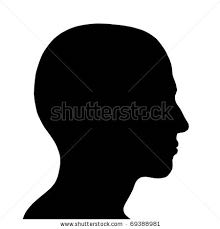 Choosing names for your characters in a novel is always tricky.  Most of the names that spring readily to mind are of friends and family and they are not always pleased to find their name attached to a less than sympathetic character.  But even when you find a name that has no personal connotations it is not always suitable.  In my latest novel, ‘The Memoirs’, which is due to be published early next year, the villain of the piece was called Nick (maybe I was subconsciously thinking of Old Nick) but there was another minor character called Dick.  My editor pointed out that it would be a good idea to change one or other of the names, so I changed Nick to Phil but, as I read through the draft I could no longer see my character.  Nick had disappeared and Phil had not replaced him.  This abusive, lazy man was not a Phil; it just didn’t fit.  So now I have changed Phil back to Nick and need to find a new name for Dick.  Oh, the problems of creating characters.

When my daughter was born I had difficulty finding a name I liked; I could think of hundreds of boys’ names but not a girl’s name that we could agree on.  Then I came across Andrea; it was fairly short, had a nice ring to it and if it was to be shortened it would be to something like Andy.  A few months later, I discovered a book on the meanings of forenames and to my horror found that Andrea meant ‘manly’.  She was in fact quite a tomboy as a youngster but I put that down more to her having an older brother than the influence of her name. 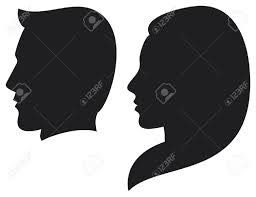 The images we construct of people we read about in books become very real.  This is one of the reasons that films based on books can sometimes be disappointing.  Recently I saw the film Anna Karenina starring Kiera Knightley and, although it was a beautiful film, it wasn’t the Anna of my imagination and I felt I was watching an imposter – apologies to Keira Knightley.  I love watching films but in a film the characters are the same for everyone watching it; in a book the characters are what you conjure out of the author’s descriptions.  They are yours alone.  I remember my husband complaining bitterly when he saw Tom Cruise playing the role of Jack Reacher.  ‘But he’s a big man,’ he said.  It wasn’t his Jack Reacher.