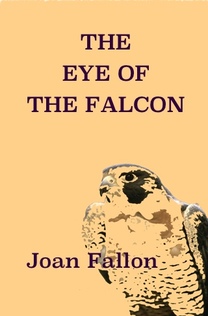 I have to admit that I found it hard to decide on an ending for this novel.  One or two possibilities occurred to me while I was writing, but I felt constrained by the historical facts.  I’d already written a novel set in 10th century Spain, called THE SHINING CITY which ended, if not on a happy note, at least on a realistic one.  Its sequel, THE EYE OF THE FALCON covers the period thirty years later when history gives a clear indication of what happened and the outcome was not very bright for my hero, the young caliph, al-Hisham II.  I couldn’t change the course of history so I made sure that the other characters in the novel had a brighter outcome to their individual stories.

Much of the research into 10th century Andalusia, and Córdoba in particular, had already been done when I wrote the first book in the series, THE SHINING CITY, but the sequel was thirty years on and many things had changed.  History books on the period, trips into the city itself and to the ruins of Madinat al-Zahra, and of course, the invaluable tool of Google, provided the material to fill in the gaps. 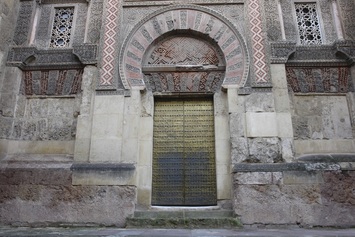 By the end of the first novel al-Andalus was a rich and peaceful country but when the Omayyad caliph, Abd al-Rahman III, died in 961 AD, he was succeeded by his son al-Hakim II.  Although Hakim was a good and cultured man, who ruled wisely and continued the work of his father, he died a young man and left an inexperienced boy as his heir.  Al-Hisham was only eleven years old when he was crowned caliph; he was educated in many things, poetry, music, calligraphy but not in how to govern a country as rich and complex as al-Andalus.  So, with the connivance of his mother, a triumvirate of regents was appointed to rule in his place.  This gap in the continuity of the rule of the caliphs meant things began to change.  The eventual disintegration of the powerful Omayyad dynasty had begun. 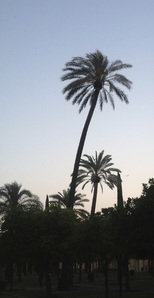 In the novel THE EYE OF THE FALCON, the young caliph is imprisoned in his beautiful palace of Madinat al-Zahra, isolated and cut off from the Royal Court, while his ambitious mother, Subh umm Walad, and her lover, the regent al-Mansur, battle over who should rule.  The Eye of the Falcon is a novel of intrigue and murder set at the end of Muslim Spain’s Golden Age, rich with the historical details of an exotic way of life, long disappeared.

This is a work of fiction but is based on historical fact and therefore, while many of the characters in the novel are fictitious, some are historical figures who played their part in the downfall of the Omayyads: the Princess Subh, al-Mansur, General Ghálib and al-Mushafi.

The Eye of the Falcon is available for pre-order now from Amazon kindle and the paperback version will be out in December, in time for Christmas stocking-fillers.