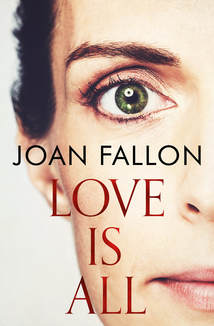 My latest novel is finished and ready to be published. But this time I am going to try something different. I’m hoping to publish through Kindle Scout. Never heard of it? Neither had I until recently when I read an article by a fellow member of the Alliance of Independent Authors. After ten years of writing I have grown to realise that one of the keys to success is getting your book known. After all nobody is going to read it if they have never heard of you or your book. And like it or loathe it, Amazon is currently dominating the market as far as book sales go. So a book promoted by Amazon has much more likelihood of success.
What is Kindle Scout? It’s a system where Amazon offer your book to readers, who vote on whether it deserves to be published through Kindle Press.

So I’m asking you if you would be kind enough to go to this link
https://kindlescout.amazon.com/p/3JRK0DDK0DDLI
​and nominate my novel LOVE IS ALL for Kindle Press.
If it is selected then you will receive an early free copy.Thank you for your support.

LOVE IS ALL
by JOAN FALLON
When Mark tells his wife that he has been having an affair with her oldest and dearest friend, he sets off a chain of events that reverberates throughout his whole family and changes the lives of those he loves forever.
Love Is All tells the story of a family still grieving after the death of the youngest son, five years previously. Teresa, Mark and their two grown-up sons are at last coming to terms with a life without little Peter, when the harmony of their home is shattered by Mark’s confession. Distraught with grief and rage, Theresa runs out of the house and drives off into the night; she crashes her car and is seriously hurt.
Months later, when she eventually comes out of a coma, her family are devastated to hear that the damage to her brain has caused a condition known as Locked-In Syndrome. She is effectively locked inside her own body and unable to communicate with anyone.
For Teresa it is a nightmare from which she cannot wake. When she realises the enormity of her plight she is unable to accept it and decides to seek refuge in an imaginary parallel world, a world where she is a desirable woman again. She refuses to acknowledge either the doctors or her family, but Ian, her younger son, will not let her go; he persists in every way he can to give her back the will to live.