Melissa Addey is an author, speaker and mother of two.  I am particularly pleased to have her here today, on my blog, because her passions are so similar to my own. Thank you Melissa, for finding the time in your very busy life to talk to me today. 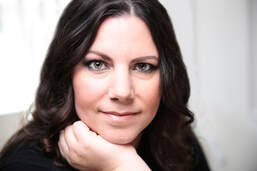 ​Q. Tell us a bit about yourself, Melissa. When did you realise that you wanted to be a writer?
I read a huge amount as a child and learnt to read very fast, so I got through books at a terrific rate. I used to write a little bit as a child and teenager, then began to write more once I was in my twenties and thirties. But it took me until I was forty to go full time as an author and start publishing. I’m just about to finish a PhD in Creative Writing which I’ve done over the past three years which has been a lot of fun and (I hope) also improved my craft. It’s a huge joy to write for a living.

Q. Many of your books are set in historical periods. I know from experience how important it is to get the history right, and that means a lot of research. What attracted you to historical fiction?
I think in the past there were more restrictions on behaviour and more sudden turns of fortune or changes in rulers and that creates a lot of interesting bases for historical fiction. My first series, the Moroccan Empire, is set in 11th century Morocco and follows one man, Yusuf bin Tashfin, creating a Muslim empire across North Africa and Andalusia, in just a few decades, completing changing the existing power structure. Women were more restricted in what they could do or be and so the women on the historical record were often very unusual, interesting people. Yusuf’s queen was called Zaynab and a 12th century text describes her like this: “In her time there was none such as she – none more beautiful or intelligent or witty… she was married to Yusuf, who built Marrakech for her…” – what an introduction! I love doing the research, it can take months and even years while I write a whole series. I come to each era knowing nothing at all and having to start from scratch, everything from politics down to what to eat for breakfast, so it’s a real education! My house is beginning to overflow with research books, but it’s so hard to let go of them even when you’ve finished a series, they’ve become old friends. 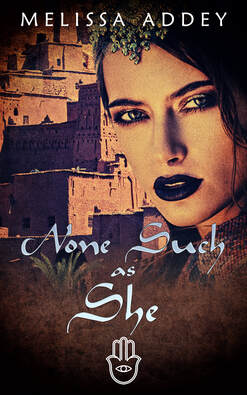 Q. What do you look out for on your research trips?
It’s all about the feel of a place, I take hardly any notes (that’s for my reference books and studying time), I just soak everything up. When I was in Morocco, I loved the camels and their grumpy noises when we rode on them. One of them became a minor character and a real friend to my heroine. The food, the smells, the call to prayer, the weather, the sound of the language, all of that. It’s a very sensory experience. In Marrakesh I saw one of the last oral storytellers in Morocco, I was entranced even though I didn’t understand what he was saying, it was like a glimpse of a past world. I dedicated one of the books in the series to him. I love research trips; they make the past I’m imagining come alive. The only problem is when modern people will keep walking in front of you! I’ve learnt to get up very, very early so I can have places to myself. It’s magical.

Q. Who or what inspires you to write a particular book?
I call it ‘the footnotes of history’ – it’s always a small mention of something or an odd gap in the historical record that draws my attention and demands a bit more research… and then some more, until it becomes a fully-fledged idea. With my Moroccan series there was an odd choice where Yusuf bin Tashfin, having created a vast Muslim empire covering North Africa and Andalusia, then gave that empire to the son of a Christian slave girl. He had a lot of other children he could have chosen from (including those of his queen Zaynab, who was a co-creator of that empire) and he picked a very quiet studious son, who ultimately lost the empire. It seemed a very odd choice on a number of levels and I ended up writing a possible explanation. ​ 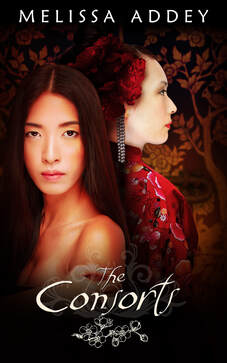 Q. Tell us a bit about your latest book, does it have a historical setting or is it set in modern times?
Historical, it’s called Do Not Awaken Love and is the fourth and final novel in my Moroccan Empire series. It pulls all the threads together but can also be read as a standalone novel. It’s about a Spanish Christian woman sold as a slave to Morocco and how she ends up being a mother to the heir of a Muslim empire. The title comes from the Song of Solomon and it’s a journey of discovery for her as she moves from being very certain her own religion is best to opening up to friendships and love for people from other religions and cultures, but still holds onto her own life’s direction. It’s a lesson in love for her, in the wider sense. It’s due out next month. It’s a strange feeling when you come to the end of a series: it’s time to go but you feel a bit sorry to leave that time and place and those characters.

Q. When you’re not writing, what leisure time activities or hobbies do you enjoy?
Reading! And going to the cinema, so it’s storytelling all the way! I also enjoy travelling and most of my ideas for books have started or been developed by trips to the locations. My Moroccan Empire series started life in a small paragraph in a Lonely Planet guide to Morocco, which gave information on traditional Moroccan (Berber/Amazigh) jewellery and I thought it sounded so fascinating that it would be great to have a book where each chapter involves the lead character receiving a piece of jewellery, symbolising that stage of her story. That became A String of Silver Beads and kickstarted the whole series as well as my writing career. I have two little kids and I co-opt them as research assistants, they help me cook recipes from an era or try out things like oil lamps and other items from the past, depending on the era I’m researching. ​

Q. Who are your favourite authors? Are you swayed by particular genres?
My holy trinity is Terry Pratchett, Stephen King and Philippa Gregory, but my favourite book is The Grapes of Wrath by John Steinbeck. That’d be a no, then! I think I value storytelling and voice over genre, when I’m reading. I don’t read any other horror except King, for example, I just really like the way he writes about everyday life and then takes it one step further at a time and by the time you’ve realised it’s horror, it’s too late, you’re caught up in the story. I was so sad when Pratchett died, the thought of all the books he could have written, the topics he would have brought his own voice and insights to, is awful. I find Philippa Gregory really good on emotion, on what it feels like to get ever deeper into a dangerous situation, for example. And The Grapes of Wrath is an astonishing mix of enraged almost-journalism looking at a national situation (the Great Depression of the 1930s) alongside the pinpoint specificity of one fictional family enduring that but managing to inject everything from warmth to humour to utter tragedy in their daily lives as their journey proceeds. It’s a masterclass in writing.

Q. I see you are a member of the Alliance of Independent Authors, do you have any particular advice for authors who are just starting?
Read lots and write lots. Reading gives you a sense of the different styles and craft options available to you. If you read all the great mythology from different eras and cultures it embeds an archetypal storyline in you. If you read different authors, it shows you how to write in different ways (everything from what tense to use, to how to manage the passing of time, for example) as well as what is desired and enjoyed in your particular genre by the reader. The more you write, the better you get, without even noticing it yourself, but your readers will.

When it comes time to get published, read up on traditional and self-publishing and make an informed choice on what you think would best suit you. I love self-publishing because I enjoy the business side as well as the creative side (and I like choosing my own covers!). ​

​If you’d like to try Melissa’s writing, you can download The Cup for FREE from her website www.melissaaddey.com; it’s a novella that kickstarts her Moroccan Empire series and is the story of a healer who makes an impossible vow and ends up serving Zaynab, queen to Yusuf.

You can also try The Consorts, which introduces her Forbidden City series, free on Amazon.  http://getbook.at/TheConsorts ​

Melissa’s latest novel, ‘Do Not Awaken Love’ is the final book in the Moroccan series and is on promotion at 99p on 25th February.